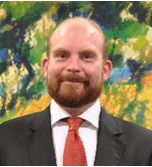 Mr. (Robert) Peter Kuijper graduated in Dutch law with an extension criminal law at the University of Amsterdam in 2001. After the transition from the practice as senior trial lawyer in the Cantonal Courts to the Dutch Bar Association in 2003, he founded his private practice in 2004. Since then he has worked closely together with other attorneys in the associated practices.

As a criminal defense attorney, apart from the ‘common’ criminal law and juvenile criminal law, he is well versed in the specialized areas of economic, fiscal and administrative criminal law.

In 2006 and 2007 he has some serious abuses within the social security denounced, causing violations of fundamental rights are limited nationwide. Also, a case of him in 2008 put an end to legal discrimination against carers within the assistance. In 2009, a case handled by him contributed to the standard case law concerning the use of illegally obtained evidence in criminal fraud cases. In 2011, a  complaint to the GGD made by him and Mr. Kroese led to improvement in the protection of child care centers.

Mr. Kuijper has been called “a thorn in the side of the government,” which he regards as high praise. Apart from his work as an attorney, he regularly lectures and gives workshops on the ever blurring boundaries between administrative and criminal law at the Young Attorneys Association as well to governmental investigators and entrepreneurs.

Mr. Kuijper works also on basis of funded legal aid and Custommade Legal Aid. To his legal advice and assistance the General Terms and Conditions apply.